We wanted to compile a program for the Birmingham Photography Festival that covered a varied range of themes in photography, to inspire and educate the attendees. From street photography to self portraiture, the speakers will be talking on a diverse range of subjects, some of which will be familiar to attendees, and some of which may be entirely new. Here’s a run down of the speakers and why we chose them!

I have followed Walter Rothwell on instagram for some time, but it was a recent visit I made to a talk he gave in Wolverhampton that confirmed him as being a speaker we really wanted to have at our festival. Walter is an Internationally renowned documentary and street photographer who has had his work exhibited around the world.  His stunning portfolio of film images spans three decades and several continents, from London to Cairo, and from Birmingham to Bangladesh. His work ranges in style from street photography to documentary, with incredible candid shots from the streets of the capital, to highly emotive sets of images of honey hunters in the Sundarban Mangroves in North East India. His talk at the festival will be about all things street photography which is one of his main photographic inspirations and for which he is a huge advocate. He has a strong voice in the field, not only through his own work, but also through the work of Street Photography International (SPi) of which he is a co-founder. SPi, with its 500k+ followers on Instagram, promotes street photography around the world through its programme of workshops, competitions, and other events.

You can see Walter Rothwell’s work at www.walterrothwell.com 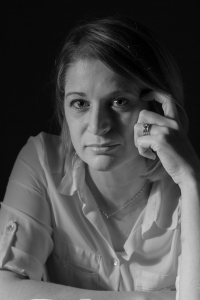 The way in which a photographer creates imagery can often be a window into their own personality, but few have used the medium to explore their emotions and identity in the way that Claire Armitage has. On our search for speakers at the festival we wanted to find a photographer who was using photography in a way that would be new to our audience. Claire endeavours to tell stories with her images, building a series of captured unique moments into a longer winding narrative. Her talk at the festival, entitled “Exploring emotion and identity through self portraiture”, will focus on her current 365 project which can be seen on her Instagram page (@claire_armitage). Her work is emotive and highly personal, allowing the viewer to bare witness to the most personal moments in the photographers life. Her use of self portraiture takes you on an immersive journey into her life and emotional state, which is both art and documentary in its style. This work, which has recently been exhibited in ‘Because She Can’ at Festival Pil’ours in France, is a great example of an artist exploring a concept through the medium. 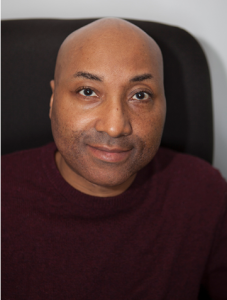 I have known Andrew Jackson and his work for some time now, so when we wanted to find a speaker who was using photography to challenge the status quo we felt he was a perfect fit. Andrew is a contemporary artist who engages with the challenges of representation and narration through the medium of photography. The theme of his talk will be focused on this subject matter which some of the audience may be aware through his most recent work, “From a Small Island”. This stunning series of images touches on the highly topical subject of the familial effects and consequences of migration as experienced by the 500 migrants who arrived in Britain on the Empire Windrush in 1948. It has been widely exhibited nationally including at the Midlands Arts Centre in Birmingham earlier this year. Andrew has always been a strong supporter of photography in Birmingham and was one of the founders of the Some Cities project which promoted the sharing of imagery of the region online.

You can see Andrew’s work at www.andrewjackson.photography 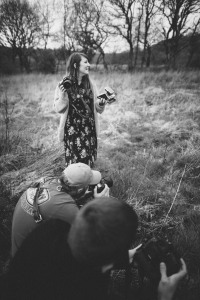 Emma Case is a photographer who has an honest and natural affinity for the extraordinary in the ordinary. Her curiosity and deep desire to explore and share stories has influenced her professional journey as a photographer. Shooting on both film and digital, Emma has worked on several commercial campaigns, overseas charity projects, local documentary photo stories and weddings all across the globe. Her work touches on local subject matter that is both familiar and deeply personal, such as the her series on the Black Country Allotments and the Birmingham Markets. Such work is easily accessible through its locality but yet is truly touching through the personal connection with the subject matter that it gives to the viewer. Daughter of the famous Liverpool player Jimmy Case, Emma is working on a long term personal project, entitled ‘RED’, which is an archive of personal stories and images of Liverpool supporters (www.redportraits.com).

You can see more of Emma’s work by visiting www.emmacasephotography.com

The content from the speakers is set to be both interesting and inspirational in its diversity! Make sure you don’t miss out on these great talks by getting your ticket today at http://www.birminghamphotographyfestival.co.uk/tickets